The Independent National Electoral Commission (INEC) continues to struggle with logistics for the 2019 general elections as some sensitive materials have been sent to the wrong states. 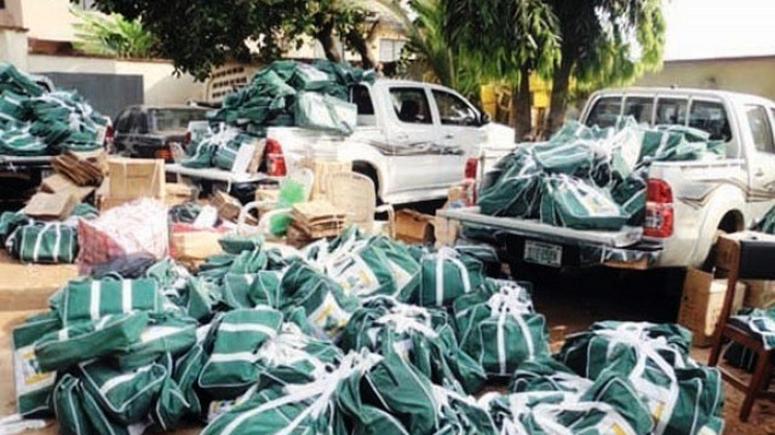 INEC has had troubles moving election materials across the country [ICRI]

Some result sheets that were meant to arrive in Imo, Lagos, Kano and Kwara were accidentally delivered to other states across the country, according to a report by The Punch.

When stakeholders in Imo State examined sensitive materials for verification in Owerri on Tuesday, February 19, 2019, it was discovered that some materials were missing.

The state’s Resident Electoral Commissioner, Prof. Francis Ezeonu, reportedly discovered upon investigation that the missing materials had been delivered to Gombe and Ondo.

Some result sheets belonging to Gombe State were also discovered in the package delivered to Imo.

The Imo State chairman of the Inter-Party Advisory Council (IPAC), Ben Duru, said arrangements have been made to rectify the mistake on all sides.

“The result sheets were packed in cartons and when one carton was opened, it was found to belong to Gombe.

“One or two wards in Aboh Mbaise were also found to be missing which were confirmed to have been packed for Gombe.

“The REC quickly contacted and planned how to return the result sheets and how we would also receive our own,” he said.

The result sheets for a particular ward in Kano were also discovered to have mistakenly been delivered to Oyo State on Wednesday, February 20 when materials were being sorted.

The REC in charge of Kwara State, Attahiru Madami, also disclosed that some of the state’s result sheets were mistakenly taken to Abuja while the ones meant for Lagos were delivered to Kwara and Nasarawa.

“Also the result sheets of Lagos were found here. I have sent them back. Those of Lagos were also found in Nasarawa. You can see the reason why the elections were postponed,” he said.

INEC had postponed the elections initially scheduled to take place last week due to logistical issues and claims of sabotage.

INEC chairman, Prof. Mahmood Yakubu, has assured Nigerians that the elections will not be postponed a second time.